High Impact Motorsports presents a sampling of the vehicles we have serviced. Where possible, we have provided information as to the specialty work we performed on these vehicles.

Many vehicles come into our shop for quick service and/or easy modifications. Frequent types of vehicles that pass through our doors include F-Body Camaros and Firebirds, Datsuns, Nissans, Mustangs and more. 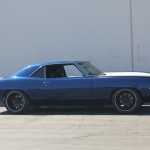 This 1969 Camaro was definitely in need of some TLC before it came to us. Our customer was concerned about the handling of the car and was really not happy with the way everything was wired. We replaced the entire suspension and rear axle of the car. The front subframe was replaced with a tubular subframe and custom after-market control arms. Steering was upgraded to a power steering rack and pinion. Stopping was improved through four wheel disc brakes. The rear leaf spring suspension was tossed out and replaced with a four-link setup. Front and rear suspensions and subframes were connected with subframe connectors. Under the hood, the old 396 was cleaned up and topped off with a new paint job, gaskets and an Edelbrock Air gap manifold. The wiring was replaced with a Painless Wiring 14 circuit kit. 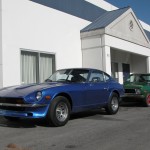 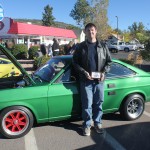 The blue car is a Datsun 1972 240z. In the case of this project, we were given some creative license regarding the direction to take this car. It already had an L28 straight-six installed with a 5-speed transmission. From our perspective, the car was already pretty solid so we added fuel injection. Our approach to fuel injection was to use the intake manifold from the 280ZX and delete all non-essential items from the manifold. We bored the manifold out to accommodate a larger throttle body and used the fuel injection harness and sensors from a later model Nissan Maxima, in order to have digital EFI. From there we installed a Quaife LSD in the rear, four-wheel disc brakes, A/C, AutoMeter Cobalt gauges, and much more.
The green car is a Datsun 1972 1200. Award given at 3rd annual Datsun Classic (2013) in Williams, AZ. The 1200 was originally marketed as an economical and inexpensive A-to-B (and DD) car. The car has received a Nissan CA18DE engine and 5-speed transmission. The rear end has been replaced with a stronger unit. The suspension is going to receive a complete revitalization 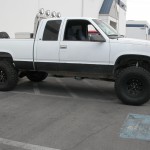 This GMC truck received a new motor and lift kit. 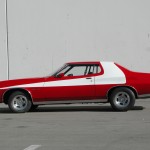 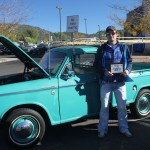 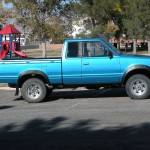 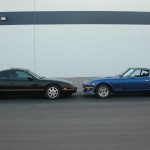 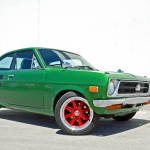 Proudly Powered by WordPress
Biznez Theme By SketchThemes
Get Best Services from Our Business.